“And we’ll see ya in February for the All-Star game!!” – Draped Up by Bun B

What’s up H-town!! Are ya’ll ready to get yo ‘All-Star’ on this weekend? If you ready to get crunk around all the BIGTIME ballers, then Houston is where you’re supposed to be right now. Like we say on the Southside, “It’s going DOWN in H-town”, Ya feel me??

Aiight. All ya’ll out of town folks?? don’t get it twisted. Houstonians are nice people in general, but there’s a lot of throwed off folks in Houston too. You can spot some of them just by how they drive on the freeways. Some people try to point the finger at Hurricane Katrina and blame all of Houston’s ‘issues’ on New Orleans ‘refugees’. Of course, an evacuee and a refugee are two distinctly different terms, but the kids don’t give a damn about hurting anyone’s feelings. Some of them are mad cuz all the ‘refugee’ kids got those FEMA credit cards and got draped up and dripped out. (translates: new clothes, cars and/or codeine syrup).

There’s been several, Houston kids vs. the New Orleans kids fights in our public schools these past few months. Kinda like The Outsiders clique rumbles that S.E. Hinton wrote about. These kids are crunk. They’re hot too. Ready to do that ‘I’mma let you check up on it’ dance. Not just the girls either, some of them boys be dancing like Beyonce too, and some of our preachers go to those spots where them little boys be dancing up on them tables. But we ain’t got to talk about all that right now.


Just remember a golden rule of H-town, “Listen to what it say, but watch what it do”


Make sure you check closely for ID mane. Them girls are hotter than you think. Just because they’re down with it don’t mean it’s cool. Cuz the last thang you want to do is catch a statutory rape case in Texas, cuz after they get yo az on that sex offender list, you gotta be ready to face a crazy lunatic coming at yo az at any second of the day or night, not only in jail, but after you get out too!!


Let me see, what else..oh yeah..it’s HOT down here too. Even though it almost reached 80 today, just think 80 degrees F, in the middle of FEBRUARY !!??!! (prophetic foreshadowing..it’s getting hot in here mane, read the book of Revelations, it’ll tell you all about it. But heyy..before you pick up that Bible and start reading Revelations, let me gone and tell you right now. If you don’t like scary stuff, then you don’t need to read that book. Cuz it will literally scare the hell out of you.)..buckle your seatbelts, cuz it might turn cold and rainy in a minute. So if you’re packing and heading this way, be ready.

If the Lord says the same, you’ll see us at the NBA Jam Session on Saturday, and Sunday we’ll be at the 51st Anniversary of Blueridge Baptist Church, Rev. Ceola Curley, Sr. Pastor. My crazy uncle from Port Arthur, the man of God, the honorable but effable, Rev. Willie B..ohh, I read that wrong, it’s not Rev. Willie B., it’s my other uncle, Rev. Lloyd Wayne Scott, Sr., Pastor of Eastern Star Baptist Church in P.A., Texas that’s preaching the 3o’clock service. So if you can’t score any tickets to the game or you want to come get crunk with that Holy Spirit before the game, then you’re more than welcome to come worship with some Christian ALL-STARS on the Southside at Blueridge Baptist Church. 9621 Chesterfield Drive (less than 10 minutes from Reliant Stadium), come and get yo praise on!! My uncle likes basketball too, he’ll be through with the sermon in time to watch the game!!

And if you’re leery of ‘Baptist’ folks, then you’re more than welcome to get in on any one of the praise services here in Houston. You can check out Rev. Rudy at St. John’s Downtown, or Rev. Kirbyjon Caldwell at Windsor Village United Methodist (the largest black congregation in Texas) or even Houston’s own, Joel Osteen, pastor of Lakewood Church, the largest congregation in America. We’ve got some real players that’s deep in the game, we do the All-Star thang EVRA Sunday in Houston!!

Speaking of Port Arthur, I gotta say what’s up to all those underground kings out there. Welcome home Pimp C! Wazzup Bun? Holla at K-Free and let’s make it happen, Servinemup Ink-UGK collabo. Already.


So if you trying to be down with the hottest thang in H-town, then you need to check in at www.servinemup.com to be up on what’s happening in the game. You won’t see me out on the cut too much, that’s really not what I do, but since it’s All-Star weekend and we got kinfolk in town for the festivities, my wife and I are going to make a point to get out a bit. 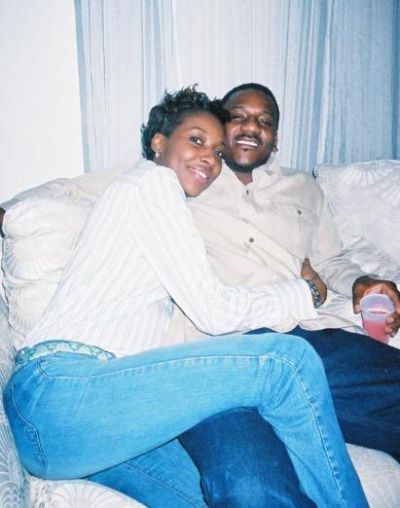 She wants to go find the party that her ‘boyfriend’ Will Smith go be at. Yeah, she likes that n’ga, I ain’t even tripping tho. Cuz she knows what I like..Beyonce? Don’t get too slim on me now, gone and get yo Popeye’s on every now and then, it ain’t go hurt you none. Heh-heh..wooo, I just got caught up. A-hem.

So the way the game works, is that as you generate a larger audience in your space, then other people that’s out there doing there thing will feel the energy that’s resonating from your work ethic or talent and they’re gonna wanna be down. It works both ways. You start hanging around people that’s doing something real, then it will increase your skill set. You gotta make sure you play up at every opportunity. Because when you are surrounded by people with better game than you, you can watch and learn. You can make your game tighter. That’s just another way to prepare to receive your blessing.

I do believe that God has a blessing with my name on it. I don’t apologize for this hope I have. Some people see it as wishful thinking and my chances as no better than winning the Lotto. But what they don’t understand, is that the best part about it for me, is that God has ALREADY given me an abundant blessing. I could go to my grave right now thankful. I don’t feel that God owes me anything, as a matter of fact, I actually feel like I can never repay Him enough for what He has already done for me. It’s serious like that. I know what He did and does for me and I just couldn’t be one of those ungrateful kinda n’gaz that acknowledges all of the blessings that God has given them but they won’t bow down to Him and praise His name from the rooftops.

So whatever space you are in..you have to find a way to get that Word out. Someone’s life may be part of your responsibility to spreading God’s Word and you ain’t even handling yo business. Cuz it don’t matter what it is you go to church for, if you don’t leave there better equipped to go ye therefore and help shine the Light out into the darkness? Then you have lost focus on what the Great Commission is all about.

So come on and ride with D.Wash and G.Carter, for the first online collaboration effort, featuring Faness Entertainement and Servinemup Ink. Don’t hate, we grinding down here
Posted by Unknown at 2:30 PM