All U Need Is One

I told my wife that I had a new girlfriend…. 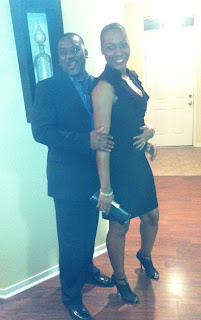 
Uhhh..I don’t know. I’ve only heard her voice..I need to look up what she looks like…it don’t matter tho..cuz I already know, that’s my new girlfriend. I like that ear candy.


Hmmm. Okay.  I betta look and see what she looks like too.  Is she black?


I think so…she could be Puerto Rican or Dominican or some island thing going on.


How do you know that? I thought you said you’ve never seen her?


I mean, just by the way she talks..she’s definitely a New York chick.


So you put your girl Gabrielle down? 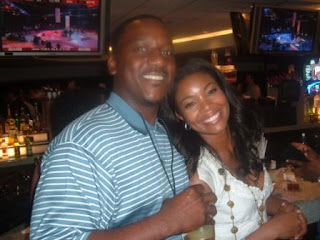 Yeah…my time with Gabrielle was cool..but you know..I still got love for her. I thought about playing em   both, but you know I'm a one gal type of dude.


Hmph. You betta be if you know what’s good for you.


One of the joys of being married is having true companionship. Someone you can laugh with, talk to and really share your life journeys with each other.


I tell people all the time that my wife and I did all of our divorcing before we got married.


We got married the hood way, our son was the ring bearer and our daughter was the flower girl.


So now that we’re 10+ years in the game of holy matrimony, the trust we have for each other and the comfort level we have that ‘ain’t nobody going nowhere’ brings a whole new dimension to the union.


When both sides got one foot out the boat just waiting on ONE more thing to go wrong and they’re out of there…it brings a lot more stress and confusion to a marriage. You’re not really married, you’re just cohabitating.


Like that chicken farmer dude in No Country for Old Men said, ‘brother, I been there.’


So, as the trust grows and the love flourishes in a relationship, you get to the point where you can really start having some fun with each other.


You can fart around her and she won’t even say anything, but just give you the gas face and grab the air freshener and spray.


She might say something like, ‘baby, you need to eat some more vegetables’ but you know..its cool.


Its so cool that I usually get up and go outside to fart, so that I don’t disrupt her atmosphere, unless I’m REALLY comfortable and don’t feel like getting up.


I’m a firm believer in when you make a vow, you should stick to it. I believe it even more today than I did on my wedding day.


Some may get a bit put off by me having a ‘girlfriend’ and then having the gall to tell my wife about her.


Well, my wife has a boyfriend too. We have an understanding. She’s actually got a few,  Brad Pitt and  Will Smith and of course Prince and she also likes Snoop and Andre 3 Stacks. 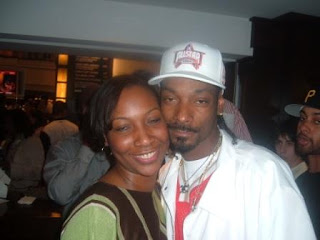 Prince…I have an older sister that has been crazy for Prince ever since he showed up on the scene in his super freak days. She kept that poster of Prince in the shower wearing some bikini draws hanging on her door.


I used to stare at that picture and think…this  nga here is different. Lil short yella dude, but it looked like he was packing. I’m just saying.


Sexual gratification is a big part of the human life. At least, it is for mine.


And being a monogamous man that’s committed to one woman for the rest of your life, isn’t something that society really grooms you to handle. On the contrary,  music,  movies, videos, mass media, your older uncles and peers  all pressure males  to be  ‘players’.


Knock off all the big booty women you can without getting caught!


27 “You have heard that it was said, ‘You shall not commit adultery.’[ 28 But I tell you that anyone who looks at a woman lustfully has already committed adultery with her in his heart.” – Matthew 5:27-28


When I read that I just threw my hands up…if that was true, I KNEW I was going to hell.  Not going to the VIP room at the strip club is one thing, but who can control their THOUGHTS???


I’ve learned that a lot of my weaknesses didn’t just disappear once I gave my life to Christ.


I had to start being more careful of the situations I put myself in. Strip clubs and dranks don’t mix well on payday. Like the song says, at least I know I got a (bleeping) problem. Acknowledgement is the first step towards recovery. But you have to be willing to make that next step.


One of the ministers at our church was a 20+ year drug addict and he says that pornography addictions are harder to break than heroin.  Lord help us!


I say all of this to say, that first of all, I thank God for my wife.


She’s God fearing, takes care of me and is oh so sexy.  25+ years into our courtship  and I still like to get it.


And now that I’m getting older and no longer feel like I gotta get it everyday, I have a much deeper understanding and appreciation for companion ship and what true love really is. What’s really going to last.


Variety is good too, because the way it is now with wigs, weaves and makeup, they can go put on some glasses and make themselves up in a different outfit and  you can feel like you’re with a whole different woman! 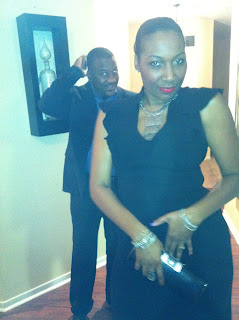 I haven't done a movie review in awhile. If you read my previous movie reviews, Dirty Pretty Things and Book of Eli, rest assured, if you haven't seen the movie yet, I won't be the one to give up any spoilers.

First, let me say, I like Quentin Tarantino movies. Dusk to Dawn. Pulp Fiction. Jackie Brown. Kill Bill Vol 1 and 2. That nga is crazy. I know the word 'nga' sparks a lot of controversy, ill feelings, regression to days of darkness..but I for one, am not offended by it. I use the word pretty liberally (in select company). It's a word that we've taught our children to regard as a curse word. Because rest assured, if you use it? You better be ready to deal with the consequences. And if you are offended by the word, then Django is probably not a movie you should go see.

I know Q has caught a lot of negative flak about his use of the word from talking heads, Spike Lee, etc. But I'm a strong believer in staying true to the game. How can you make a movie set in the 1850's slave trade era and NOT use the word nga?? I call white boys ngz too, so I'm not tripping.

Anyway, back to Django. He's got a heavy loaded cast of all stars, led by Jamie Foxx, Leonardo DiCaprio, Samuel L. Jackson (my nga!), Kerry Washington. It must be nice to pull out Oscar winners to be a part of your project.

The premise of the story is that a slave couple is seperated and the husband (Jamie Foxx) is ready to do whatever he has to do to reunite with his wife (Kerry Washington). Now, on the surface everyone is talking about the violence, blood and gore, foul language, n-word, etc that is in the movie, but after seeing the movie and thinking about it, what stuck out the most to me is that this is a true love story.

Talking to a few dudes about the movie and their reactions were mixed...

Mane..if they would have took my wife like that, I would have used it as a chance to start all over! I wouldn't be going to look for her!! I would have just kept stacking my paper and if I happened to find her, so be it.

I like the way they had that slave girl calling Don Johnson, 'Big Daddy'...mmhmm..she knew how to say it right. I like that.

It's the little things about the movie expereince that I enjoy. We tried going to see the movie on Christmas Day, but the movie was already sold out by the time we got ot the theater. We went to the early morning show this weekend and I dropped my wife off at the front, while I went to park the car. By the time I walked to the theater she had already gotten the tickets and handed the ticket taker our tickets...the other one is for my husband (motioning to me, walking through the door).

It's a blessing to have a woman that is proud that you're her husband.

We had to sit through about 5 previews before Django started, and 3 or 4 of those previews had semi automatic rifles, chainsaws, mass killings and/or crazy folks living in a house that all the birds were flying into. And we wonder why we have so many crazy mf's roaming in our society.

I believe in protecting what's mine. And I fully endorse my right as a U.S. citizen to bear arms. I know having a beautiful, sexy and loving wife is a blessing. And my wife knows there isn't anything I wouldn't do to protect her, even if it means putting my life or freedom on the line. She knows she's got a Django nga on her side.
Posted by Unknown at 3:46 PM