You know…as I was preparing this blog post, I was going back through the www.servinemup.com archives reading past blogs I’ve written concerning marriage.


Some were written over 8 years ago. 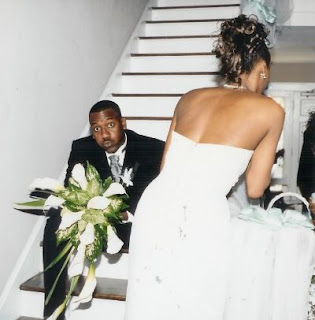 And the Two Shall Become One


It Takes Two to Make a Thing Go Right


There were some things I wanted to go through and edit out or delete. I don’t even write like that no mo’!!


But I have to stay true to the game. Once you put it out there, it’s out there. It’s a trip when God lets you see how much you’ve grown.


I’m a big proponent of the family.


I think it’s the fundamental structure of our society.


When I heard the news of Obama’s evolving position on same-sex marriages last week, I felt like it was a salvo against God’s Word.


And even stranger,  when I expressed my viewpoints with others, there was often incredulous disgust at my ‘close-mindedness’ and references to me being a part of the  ‘bigoted culture that keeps America from progressing’.


Some discussions got heated enough where I actually felt myself getting angry.


And most people who know me know that I’m usually a mild mannered and easygoing type of guy, but I do have my Bruce Banner tipping point.. Hulk smash!!!!


First of all, I believe in free will and I’m well aware that America is a democracy, not a theocracy.


Just because I acknowledge the Highest Power doesn’t mean that I expect everyone to have the same reverence, respect and quest for obedience to God’s Word as I do.


I know some people are atheist, some are agnostic…everyone doesn’t have a personal relationship with God.


I can remember seeing protest signs years ago from picketers in support of same-sex marriage and  they had Bible verses on their posters, “God hates shrimp!” (Lev 11:12) 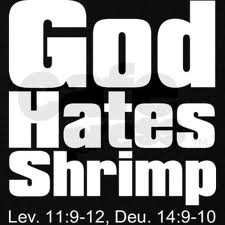 I’m sure most of them have no clue about context and the history of the Word.


On the same token, a lot of the people against same-sex marriages pick and choose verses out of the Bible that they feel supports their argument while blatantly ignoring the things in their life that doesn’t line up to God’s Word.


The state of Texas has had a common law marriage (ie shacking up) law intact since the 1800’s, but same sex unions don’t qualify.


Christians lose a lot of power because of hypocrisy.


Condemning same-sex relationships, but ain’t nobody talking about heterosexual adultery and fornication.


When I reached the point where I knew I couldn’t do it by myself and I knew I needed a Savior, I accepted Jesus Christ as Lord of my life almost 10 years ago.


There were (and still are) some things in my life and walk that did not line up to living obedient to God’s Word. 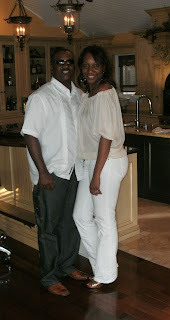 God called me out of the darkness after I was already married, so I was never imposed to live a celibate lifestyle.


But monogamy was never a natural inclination for me.


I’m attracted to women of different shapes and sizes.


As much as I love my wife, I know the commitment that I have to stay faithful to her is not only about her.  It starts with my commitment to God and His Word.


The Bible is very explicit and implicit concerning salvation. Salvation is based on faith and faith alone.


We’ve all fallen short of perfection. We can’t do enough good things to get access. We get access for accepting what Christ did for us.


In the Old Testament, there are over 700 Levitical laws that Israel was bid to abide by. Break one and it was like breaking them all, something had to die for atonement.


So when I bring up my refusal to celebrate homosexual relationships, one of the first Bible phrases that gets put in my face is ‘Judge ye not’.


Needless to say, that pissed me off even more.


Cuz it’s one thing for non-Believers to do what they do, but when people who claim Christ as Lord of their lives try to use  the Bible to justify unrepentant sin…I get hot.


But instead of lashing out and reverting back to the ‘old’ D. Washington..cuz  I can go back to talking bad about people with degrading names, talking about their mama, all that stuff..but I know it’s not constructive. Thank ya Jesus!..instead I put more time and effort in prayer and studying God’s Word on this issue.


And the Scripture that I keep coming back to is the first chapter of Romans.


Romans is an epistle (letter) written by the apostle Paul addressing the members of the church in Rome.


The 16th and 17th verses are a declaration of faith. The just shall live by faith.


But starting with the 18th verse it starts outlining God’s wrath on unrighteousness.


When you read verses 18-32 it will show how sexual immorality is not anything new. There have been several points in history where ‘For this reason, God gave them up to vile passions.’-Romans 1:26


Almost as if He threw up His hands and said, ‘Ya’ll ain’t listening to Me anyway, ya’ll go head and do you.”


I’ve  still got some things to tighten up on, but even in my failings, I ask God to strengthen and guide me. Help me to be a better person. Help me to be more committed to lining up to the Word.


Everyone talks about coming to God as you are, but as my mama says all the time, ‘that doesn’t mean you have to stay as you are.”


But it’s that last verse in the chapter that stands out to me.


In the King James Version that word ‘approve’ is translated ‘applaud’.


My wife and I have teenagers. 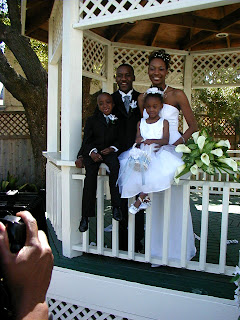 We’ve taught them what it takes to produce offspring.


They also know about STD”s and HIV.


And we put a lot of investment of time and energy in making sure they know what the Bible says on how we are supposed to live our lives.


Our kids know that we haven’t always lined up to God’s Word sexually, because they were both in our wedding party as our ring bearer and flower girl.

There weren’t any virgins at my wedding altar.


But I also let them know that sin isn’t free. I know there are a lot of blessings I missed out on by being willfully disobedient to God’s Word.


There was a time in my life where if someone would have told me, ‘Say D…God is in the fish market on the corner of Scott and Reed Rd..He’s waiting to talk to you.” I would promptly get in my truck and head to the northside or Mo City..somewhere in the other direction, cuz I wasn’t trying to see God or hear what He had to say. I just wanted to be on them freaks and all the things that seems to satisfy us all.


“In those days there was no king in Israel; everyone did what was right in his own eyes.” – Judges 21:25


Sin isn’t free, not for me or anyone else.


I’m not saying this to be mean to those who live a sexual lifestyle outside of Biblical order, I’m saying it because of the love I have for them. I may not be able to empathize with the gay experience, but I know Christ died for us all. Now the heterosexual whoremongers, I can definitely empathize with them.


There came a time when I knew I needed a Higher Power.


And I’m not the kind of guy that can pray, beg, plead for something, have God bless me, and then go back to acting like God doesn’t exist.  My hypocrite meter starts tingling if I do that. My conscience starts to bother me when I know I can be doing better than what I’m doing. It’s actually kinda tingling right now. And I know it’s a good thing, because that’s when I grow stronger in the Lord.


As a husband, father and the head of a household, I don’t take it lightly that I am the king of the domain that God has blessed me with.


Part of being the king is recognizing the ongoing spiritual battles that are being fought everyday.


“For we wrestle not against flesh and blood, but against principalities, against powers, against the rulers of the darkness of this age, against spiritual hosts of wickedness in heavenly places.” – Ephesians 6:12


I see the assault on our children with the music that’s out there that promotes sexual promiscuity. The movies and videos that potray how women need to wear high heels and tight short clothes to be noticed and admired.  The images and stereotypes of how men need to be hardcore thugs and knock down as many hoz as they can.  It’s not just a gay thing to me, it’s a sexual immorality thing.


As a person who has gotten on his knees countless times to pray to the Lord I serve, I can’t happily endorse something that I know to be blatantly against the Word. 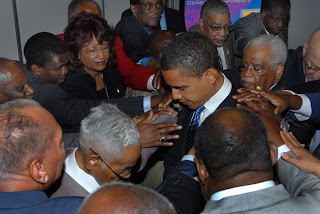 I’m sure the president has his reasons, but don’t get it twisted. Just because I’m black doesn’t mean I have to agree with everything Barack Obama says or does. I will  continue to pray for our president.


Whether it’s a federal, state, county, city, neighbourhood issue, whatever..it really doesn’t matter to me. I already know who takes care of me every day.


In terms of lining up to God’s Word, sex and marriage will always be a spiritual issue.


“Do you not know that your bodies are members of Christ? Shall I then take the members of Christ and make them members of a harlot? Certainly not! Or do you not know that he who is joined to a harlot is one body with her? For the two, He says, shall become one flesh. But he who is joined to the Lord is one spirit with Him. Flee sexual immorality. Every sin that a man does is outside the body; but he who commits sexual immorality sins against his own body. Or do you not know that your body is the temple of the Holy Spirit which is in you, whom you have from God, and you are not your own? For you were bought with a price; therefore glorify God in your body and in your spirit, which are God’s.”- I Corinthians 6:15-20.
Posted by Unknown at 1:07 PM