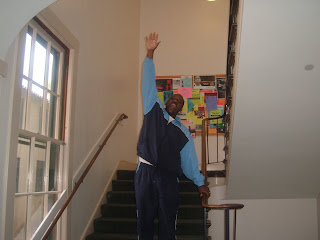 One of the wild things about maturing and growing older (and hopefully wiser), is that you can look back on some of the things you used to do (or say) and think, ‘Wow. I was a damn fool.”

And yet, God still kept me, even through my ignorance.

The next part that bakes your noodle is when you wonder if 10 or 20 years down the road, you’ll look at where you are right now and think the same thing.

Paul reminded Christians that our lot is not a static position. We move from glory to glory. Thank God.

What the Psalmist referred to as strength, the New Testament fulfilled as grace.

Blessed is the man whose strength is in thee, in whose heart are the ways of them. Who passing through the make it a well; the rain also filleth the pools. They go from strength to strength, every one of them in appeareth before God. – Psalms 84:5-7

But we all, with open face beholding as in a glass the glory of the Lord, are changed into the same image from glory to glory, even as by the Spirit of the Lord. II Corinthians 3:18

So, as I peruse through old files, old stories I’ve written, old blogs and I find myself shaking my head. Sometimes in amusement. Sometimes in disgust. I’m better now. I’m 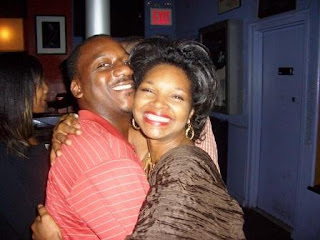 The more you learn, the more you find out that you really don’t know.

But I have found out a few things about how this writing thing goes.

I feel VERY blessed to have the support of so many readers. From family members, to friends, even the people that I’ve never even met before in my life. There’s been a lot of love shown and I truly appreciate it.

I’ve also had to deal with a lot of ‘constructive critics’, who have expressed displeasure with my writing vehicle, content and or delivery. It seems that some folks are a lot more easily offended, and for that I apologize. I never intend to offend anyone. But when you have to deal with the general public, you realize that some people will get offended if you fart around them..even though you may say ‘excuse me’. I mean..damn. 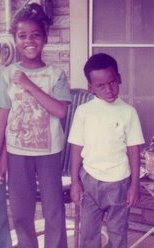 I never claimed to be a writer for the masses. I know everybody can’t feel me.

The main thing that makes me more cautious is when those Philistines try to use my imperfections as a discredit to the Christ. It actually makes me kinda angry and sullen.

And when I go to my dark closet in prayer for guidance and direction, I utter Psalms 19:14 with sincerity of heart and conviction. I know I need Him. My strength (Rock) and my Redeemer.

The good news is that He came to save everybody, even throwed off ngz from (like me).

And the even better news (for me) is that despite the issues and problems that people may have with me and how I get down with the pen, can’t none of them tell me that God didn’t choose me. There’s a peace and security that comes when you know you’ve been chosen. Called out of the darkness. I almost want to put my hands to my ears and give all the naysayers a good ol raspberry. Pffffft!

The harder part for me is just staying humble. I still like to clown and have fun and some folks think God is just solemn and grim. No smiling. No jokes.

Obviously they’re not feeling the full essence of grace. I mean, anybody that has seen a platypus knows that God has a great sense of humor!

I’ve also learned that if you want black folks (especially black men) to read something, it helps if you have a lot of pictures with it, to keep them visually stimulated. Otherwise, they’ll see a page full of words and grow intimidated or bored and lose interest. Blah blah blah blah.

Even before I came to Christ, I was hooked on literature. The written word. I don’t have to have pictures, when I read a great piece of literature I form graphic illustrations in my mind based off the words. God blessed me like that. But at the same time, I had to put in work and due diligence to hone my skills. It’s not a static position either. I still have to read and write everyday to stay on to

My editor and a few close friends and family members always share their reading lists with me. And it seems the hot book that they all wanted to know my opinion or take on, was New Earth, the latest Oprah’s Book Club sensation, written by Eckhart Tolle.

Once you become a ‘visible’ Christian, you’ll find that a lot of non-Christians (as well as in the closet Christians) will challenge and question you on almost any topic that can relate to spirituality. I actually welcome the dialogue, because I know this is how one builds a stronger witness.

I was reading New Earth on a plane and a white chick sitting in my aisle saw the cover and exclaimed how the book had, ‘changed her life’.

It was actually kinda funny, because before I pulled the book out and started reading, she wouldn’t even look at me. Even my ‘good morning’ was met with a furtive nod and look away. I dunno, maybe she thought I was going to steal her purse on the plane or something, but once she saw I was a ‘literate negro’ I became less intimidating.

One of my prayer podnaz had sent me this link concerning this book.

I can understand why a lot of pastors would warn against reading any material which could be construed as ‘anti-Christian’. Because basically, the things you read and absorb into your mind is what you’re feeding your soul.

And although a lot of people may claim to follow Christianity or live the life of ‘casual’ Christians, the rubber meets the road with John 14:6. As politically incorrect as it may seem, I am a firm believer that there is only ONE way to God.

The common theme I found, from all the different people who I know enjoyed the book, was that they were all searching for spiritual identity.

Tolle’s book actually has some good philosophies in terms of letting the past hurts and anger go and gaining control of your own life, shedding the ‘victim mentality’. He quotes the Bible very liberally throughout the book. It’s obvious that he does have a respect for Jesus’ teachings.

But the danger comes in when you try to lump Christ as just another philosopher. As if you can just pick and choose the things you like out of the Bible and discard the rest that is unpalatable to your taste/lifestyle.

I mean, even as a believer, there are things in the Bible that I thought would have made my life a more fun if it wasn’t there. Whatever happened to concubines?? How come we can 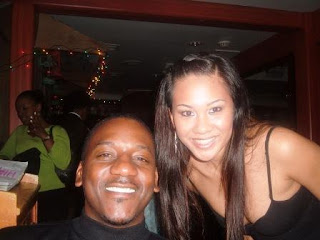 ’t have those anymore?? Ya feel me?

To be honest with you, reading the book was somewhat of a labor to me. I’m not a big philosophy kinda guy, so some passages I had to read again and again just to try and understand what the hell he was talking about. My editor told me it’s a lot easier when you do the online class with it, but I was like, ‘What the hell??” I dunno.

For those who are on the search for truth, whether through Tolle or Norman Vincent Peale, or whatever the latest spiritual guru du jour may be, my question to you is, have you given Christ some time?

I’m always amazed by the breadth of some folk’s libraries. Volumes and volumes of books, essays, poems and other works of literature. That a lot of them have actually read! But when it comes to the Bible, they can never seem to find time. Or they come up with reasons of why they don’t believe the Bible..but yet they’ve never read it for themselves.

I dunno. People are funny.

But Tolle was dead on with the part he had about television rotting the brains of society. I agree wholeheartedly with that.

I’ve finished the New Earth and it’s not a book that I would recommend to those who are weak in the faith, but I don’t think reading it makes you the anti-Christ either.

I’m reading the book of Hebrews now (again). It’s one of my favorites. Have you read it?