Here on the Southside of Houston Texas, we have this thing called 'real talk'.

It's those opportunities of conversation and discourse where all pretense is cast aside and you get down to the meat of the matter.

No matter how throwed off (extremely political incorrect) it may sound, it's just real talk.

It is what it is.

Usually the opposite of real talk is called 'fronting'.

We all have to put on airs and 'front' in some form or another.

Kinda like when you have to get some eye drops to help clear your blood shot eyes and maybe a mint or two to get the alcohol off your breath if you're going to be around some holy rolling church folks or something.

I didn't know the church greeting committee was coming over to MY house that Friday night.

All I know is that when I came home one Friday evening, after a long week of white folks and black folks (and Mexicans) getting on my nerves all day, I had a pod 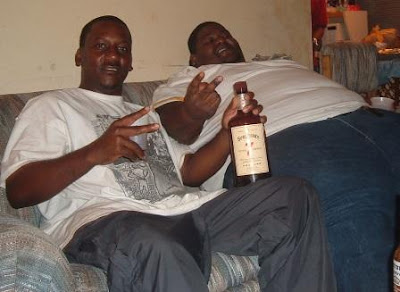 na who I hadn't seen in awhile show up with a case of brews and a bottle of the tequila I like to drink and as soon as I opened the door, he started smiling and asked me if I still liked to get my butt [edit] whupped on the domino table.

So by the time the church folks rang the doorbell, we had about 4 shots of tequila left in the bottle that we were both going to finish off after the next domino game cuz we were going to make another beer run.

I'm competitive to a fault sometimes, I'm not just go LET some dude drink more than me!!

I have a pretty high tolerance, but of course I have some friends and close relatives who can go a lot harder with the drank than I can.

I know some people who like to sit outside under the shade tree in the summer time, HOT deep south Arkansas-Texas summertime and drink half gallons of whisky. Straight, no mixer, no ice.

I jumped out there and tried to go hard with them one time, but after a couple of hours of drinking hot liquor on a hot day, I had to go inside and take a nap up under the air conditioner.

"Yeah, that nga alright, he just can't drank!! He went in the house and pass 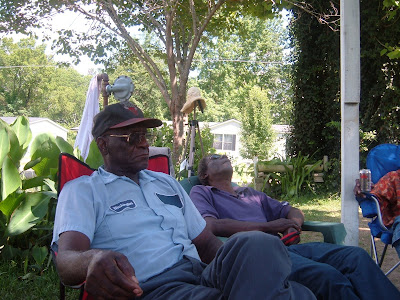 My family is wild ya'll, I try to warn people, but yet they still ain't ready.

"Uhhh..who is that man rolling around in the grass in ya'll front yard and yelling?"

"Is he having a seizure or something??"


So, I say all this to let my steadily growing reading audience know that I haven't changed my steelo.

I promise to always strive to be the realest writer with the pen.

If I ever got to the point where I felt like I had to lie or front to ya'll, I'd quit.

Unless somebody was going to pay me a LOOOOOT of money to do it. (laughing)

So the obvious question is, why is this called 'Got's to be a G'???

Well, when I was riding in my car on my way to post today's blog, I was jammin one of my favorite songs, from one of my favorite rappers, the Southside's own Lil Keke, (if you're not into hardcore rap music, then I would advise you not to click this link and listen to this song, cuz it will probably offend you.) 'Got's to Be a G (til the day that I die)'.

That song is JAMMING to me mane.

I like that part where he goes, 'so I kept it real and stayed at it'.

I appreciate all of the folks who are riding with D. Wash and Servinemup Ink.

Thank you for the support, the love, the prayers, I even thank all the haters for making my game tighter.


" And I heard a voice from heaven saying unto me, Write, Blessed are the dead which die in the Lord from henceforth: Yea, saith the Spirit, that they may rest from their labours; and their works do follow them. " - Revelations 14:13