It's kinda wild now, cuz whenever I run across people who I haven't seen since back when I was living a degenerative lifestyle, Servinemup.com kinda freaks them out.

If you want to see some people TRIPPING, let somebody who you used to do dirt with walk in a room and find you on your knees praying or reading the Bible.

One time I came home kinda late from a night out and before I got in the bed with my (acting like she was sleeping) wife, I got down on my knees beside the bed and said a silent prayer.

Since my wife had NEVER seen me do this before and I wasn't the kind of n'ga that was going to church on any kinda regular basis, she kinda freaked out. She rose up in the bed and looked over at me and demanded, 'WHAT THE HELL HAVE YOU BEEN DOING???!!!"

It's not that I think that everybody who doesn't go to a house of prayer and worship regularly (i.e. a real church of Christ) is necessarily going to hell.

I know that there's folks who go to church every time the doors are open that are going to bust hell wide open, just like there are folks who have never set foot in a church before in their lives that will be in Heaven.

A lot of preachers and church folks don't want you to know that, cuz they either want to get your money or feel holier than thou.

Church attendance is not the essential element to salvation, but rather faith is the only way we can please Him.

It's all about where your heart is at...what do you believe???

Of course, if you DO believe, it's gonna show up in your walk.

Some folks don't go to worship and pray in an assembly of other Bible Believers because their circumstances does not allow it.

Going to a building called a church, mosque or synagogue WILL NOT get you into Heaven.

But the things is, if you ARE a Believer?

Then you will not forsake the assembling together, to encourage and uplift one another as that Day draws closer.

"Not forsaking the assembling of ourselves together, as the manner of some is; but exhorting one another so much more, as ye see the Day approaching." - Hebrews 10:25 KJV

Works without faith is a n'ga who's just trying to put up good appearances and/or assuage his guilty conscience on his way to hell.

Faith without works is a n'ga lying to himself and dying.

Are you alive or are you dead?

The Order of Breaking Bread

The most popular ringtone with hustlers on the Southside is that Rick Ross,

I like that hook too..it’s motivational to me. Let’s get it!!

Of course, I don’t have that ringtone on MY phone..as a matter of fact, I don’t have ANY ringtones on my phone. I’m really not that kinda dude. I might go through the menu and see all the FREE stuff they got, but I’m not about to be changing up every week to keep something that’s hip and I’m not about to pay money just to get a song to play on my phone. But I’m not tripping on the people who do it. You can actually find out a lot more about a person by listening to the ringtone on their phone.

Women who you might have thought were quiet and shy and demure, all of a sudden you hear their phone blaring, “I’m BOSSY!!!”

(smiling) Oh..excuse me, let me put my phone on vibrate.

I don’t know mane, the more I live the more I am amazed by the peculiarities of people. People are strange. They say strange words and they do strange things. I’m not excluded either. I’m a weird kinda dude. People pick me out of the crowd all the time and say, ‘Heyy…there’s something peculiar about you.”

My grandmother tells me that I have that shine from the Lord. 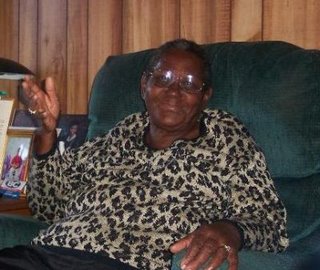 “Baby..whenever you stand up and proclaim Christ as the Lord and Saviour of your life, when you really embrace Him and don’t just talk about it, then people can see that Holy Spirit in your heart. It’s just like the song goes, ‘This little light of mine, I’m go let it shine.’ And that’s what you do and people may love it or hate it, but God’s children are always going to stand out from the world. And for you to be a young man, that works and takes care of his wife and kids, take em to church and set an example for them on serving the Lord. Don’t you know how better off all these kids would be if they had a daddy that loved them and took care of them like you do with your family?? That’s what’s wrong with so many of these kids today, their parents not teaching them right. The Bible say, ‘train up a child in the way that they should go, and when they grow old they will not depart from it’ but if ain’t nobody training and teaching these kids about the Lord, they’re going to grow up ignorant. I thank God for you and all my children and grandchildren. God is gonna bless you in ways that you don’t even know yet.”

I know it’s hard on the folks who have never read any D.E. Washington before. A lot of folks read some of the material I have already put out there and they have a lot of questions.

What’s up with this dude?

Is he fo real? 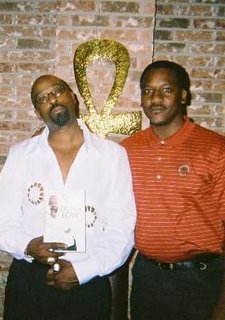 So there are questions and inquiries about who I am and what I’m really about. I’ve had some hard-core Christians jack me up in the corner and start mean mugging me for the lengths that I go to stay real to my peeps.

From curse words, to claiming a woman was the first preacher of the full gospel of Christ, to people asking me if I was On the DL myself..writing on the internet has opened me up to more public criticisms. Something tells me that what I have received thus far is just the tip of the iceberg, God is getting me ready for something even bigger, I already know.

And once you know God has commissioned you for a work, a place to join the battlefield and serve the Lord..it’s a blessing. Everybody ain’t been assigned yet. Everybody ain’t been anointed for service yet. So let me share something I learned from a self proclaimed ‘red neck country boy preacher from East Texas’ during a sermon at my uncle’s church in Port Arthur, Texas.

Before some of ya’ll get too out of bunch, his name wasn’t ‘red neck preacher’ it was actually Rev. Moss and he was a dynamic evangelist for the Lord and he loved to eat pig feet and mustard greens. Matter of fact, he was so country that he didn’t even call em pig feet, he called em ‘trotters’. So it ain’t just blacks folks that know about the blanket that came down in front of Peter.

The name of his sermon was, ‘The Order of Breaking Bread’ and he came out of Luke..

"And he took bread, and gave thanks, and brake it, and gave unto them, saying, This is my body which is given for you: this do in remembrance of me. "- Luke 22:19 KJV

That verse is from Luke’s account of the Last Supper. Christians around the world still commemorate this event with communion. A lot of Baptist churches have communion on the 1st Sunday of every month. Some Catholic churches give communion everyday, there are different ways that the different denominations get down. It’s not even like it’s a requirement for salvation, the Scripture just says, ‘as oft as you do it’.

But what Rev. Moss highlighted in his sermon, was the sequence of events that are common to all who are children of God. Because if you’re going to be a Christian, you have to live a ‘Christ-like’ existence. And the first step that God is going to take, is taking you out of whatever situation or environment that you’re in.

This doesn’t mean you’re going to just disappear, or move away or go to jail (although it MIGHT), this just means that your eyes will be opened to the Lord and His mighty power and you will begin to realize that you are a stranger in a foreign land. Whether it’s at home, at school, at work, locked up in a solitary cell, it doesn’t matter.. if you’re a child of God, then you’re going to realize that you’re a peculiar person.

2. He BLESSED the bread.

And when you begin to diligently seek after Him, praying and studying your Bible, that’s when you walk into your anointing. It’s a blessing from God that no one can ever take away from you.

And after you’re anointed, that’s when you have to be broken.

And every person who has ever repented from their sins and confessed Jesus Christ as their Lord and Savior has been broken. Brought down. Humbled. Distressed. Maybe even depressed. It’s not an easy thing being broken.

4. He GAVE the bread

But it’s only after we have been broken, that we can be given out for service. The thing you learn to lean on is that Blood. It will give you strength from day to day when you learn how to lean on it. It shall never lose it’s power.

So, that sermon really stuck with me. He went on to illiterate on several different people in the Bible who’s life illustrates that process. Moses was taken from the Pharoah’s house, and he ended up tending sheep for 40 years out in the woods before God called him to lead the children out of .

David was an anointed servant of God, a King who spent a large part of his life either fighting or running for his life. But yet through his trials, God blessed David with a covenant, a promise that the Messiah would come from his family bloodline.

It’s kinda hard talking about the Bible to some folks, because they’re completely Biblically ignorant. They don’t study, they never hear any good gospel preaching, they’re not in anybody’s Sunday School class or Bible study class trying to learn. They’re ignorant because they haven’t been broken yet. A lot of them still think they can do it all by themselves.

Other’s ‘play the role’ that they believe, but whenever their Christianity becomes inconvenient to what they need to do at the moment, then they lay their Bible aside and block Jesus, God or any kind of higher power out of their mind and they just do their own thing.

The only time they proclaim Jesus is if they think it can help their immediate circumstance.

You can run for only so long, but at some point you’re going to have to face the facts.

There is an order to breaking bread.