Gotta get the money,

Although WuTang released this song almost 15 years ago, such is life here in 2007 . Everybody is on their paper chase, grinding hard to get that green.

With the rising costs of living, fuel, taxes, daycare, college tuition, etc. who can criticize this mantra of modern day survival?

Everybody has the right to live and feed their children..right?

Of course!! Even the Bible teaches us to get out there and work hard to get it.

Pro 6:6 Go to the ant, thou sluggard; consider her ways, and be wise

2Th 3:10 For even when we were with you, this we commanded you, that if any would

not work, neither should he eat.

I’m no different than the next person. My children have grown accustomed to eating. My wife likes the AC blasting in August, especially if she’s having one of those bouts of hot flashes. I like to eat steak and shrimp and have an occasional shot of 18 year old Scotch. It’s always nice to jump on a plane and take a trip to one of those remote places with white sand and clear blue water and watch my wife walk around in a thong bikini. Ahhhh..just living the life.

But I digress, let’s get back to this money.

I’ve been writing publicly for almost 5 years now, over 4 on the internet.

And as my day of becoming a professional (paid) writer approaches, my motives and intent have been cast into question by a few Pharisees and Philistines.

When I first printed the preview chapter, Intent to Distribute, to my first book 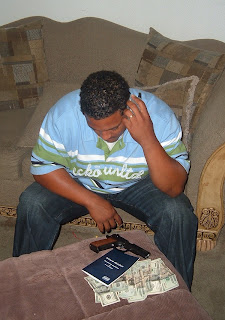 , my distribution manager moved several hundred copies in less than a week and folks were fiending for more almost like some crack heads.

“We ready to read the WHOLE THANG!!”

The last page of the booklet contains an order form for folks to pre-order copies of Real Game and to date, this has been the sole source of income for Servinemup Ink.

And as much as I was overwhelmed and a bit intimidated by the fact that people thought enough about my writing skills to invest their hard earned money to read more D. Wash, I was also caught off guard by a few folks who came at me kinda sideways.

“Hmph..you SELLING books about Jesus huh? If you were REAL about God, you’d do it for FREE!! You just like those janky preachers that’s bleeding folks for their money, all in the name of Jesus!”

It’s like this dude, if you REALLY want to know more about Jesus (for free), then you need to go to a church, hotel or rehab center and ask for a Bible and they should give you one to read, for free.

But as far as what I do, I pimp pens for a living…ya feel me? If you want to read some D.E. Washington for free, then go to www.servinemup.com and get with me.

Nah..let’s get back to this money.

As a Christian man, my life is to be led as guided by the Holy Spirit.

This doesn’t mean only when I go to church. When Jesus calls you out and says He wants you, He isn’t talking about only on Sundays, He wants the whole thang.

And just like any other Christian, I had to have a closer examination of all aspects of my life. My church life, my family life, my recreational life, my career. 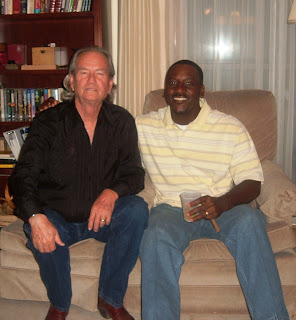 I get up everyday and go to work for a white man just like most other people in .

I’m not tripping either, I thank God for my job.

And I also thank God that He put me on the path of my purpose, so that one day I can be self-employed and support my family solely by the toil of my pen.

“God done made a way for me to stack up my paper, my moolah, my fetti,

But if you really want to know where my freedom sprung from, then you need to read the 6th Chapter of Matthew..actually, you NEED to read the whole thang (Bible), but for this blog entry, verse 33 narrows in on the crux of the matter.

Mat 6:33 But seek ye first the kingdom , and his righteousness; and all these things shall be added unto you.

I know a lot of ministers and pulpit preachers expound on prosperity gospel. The prayer of Jabez and all those name it and claim it ministries are VERY popular.

But I’m not that simple minded. I know that as much as I may (think I) want to be financially rich, it’s all about God’s will, not mine.

Judging strictly by my bank account, I may be the brokest writer in for the next 40 years for all I know. But I guess what I’m trying to tell everybody, is that once you have Christ in your heart, you’re paid for real…ALL-READY!!

And I carry myself accordingly.

I was in church at Bible study last night, and the minister who was teaching showed me some things that really fed my soul and I would be wrong if I didn’t share it with ya’ll.

He spoke about the lame man who begged at the gate of the temple in the 3rd chapter of Acts.

This dude had been lame since birth, and in this particular passage, Peter and John were going into the temple at prayer time, the 9th hour, which translates from the Jewish clock to 3pm our time. Their time started at 6am.

And as they were walking into the temple, this lame man was asking for money, begging as we so commonly put it today.

Act 3:6 Then Peter said, Silver and gold have I none; but such as I have give I thee: In the name of Jesus Christ of Nazareth rise up and walk.

When you read the rest of it, you’ll see how the dude JUMPED up and started leaping and walking immediately, joining Peter and John into the temple. Can you say, CHA-CHINGGG!!! PAID like a mug!!

Now this is the wild part about the lesson. He took us back to the traditional Jewish thought at the time. They were being oppressed by the Romans at the time. Jesus had already come, preached, healed, was crucified, died, resurrected and ascended back up to Heaven. And in the 2nd Chapter of Acts, the day of Pentecost had arrived, the Holy Spirit had showed up. What began as a small sect of Jews following a Nazarene in had gone international as evident by the tongues (various languages) that the Holy Spirit had bestowed upon the disciples. To spread the gospel message in all the foreign lands, not just !!

So then he took us to the 35th chapter of my favorite writer, Isaiah. I like when preachers tie in that Old Testament, cuz then people can see that Jesus ain’t just some made up new thing, He’s the Messiah that God has always promised. The REAL thing!!

Isa 35:1-6a The wilderness and the solitary place shall be glad for them; and the desert shall rejoice, and blossom as the rose. It shall blossom abundantly, and rejoice even with joy and singing: the glory of shall be given unto it, the excellency of and , they shall see the glory of the LORD, and the excellency of our God. Strengthen ye the weak hands, and confirm the feeble knees. Say to them that are of a fearful heart, Be strong, fear not: behold, your God will come witheven God with a recompence; he will come and save you. Then the eyes of the blind shall be opened, and the ears of the deaf shall be unstopped. Then shall the lame man leap as a deer;

Isaiah shot called what was going to happen when the promised Messiah showed up on the scene to deliver God’s people.

Nah…let’s get back to this money.

Mat 21:12-14 And Jesus went into the temple of God, and cast out all them that sold and bought in the temple, and overthrew the tables of the moneychangers, and the seats of them that sold doves, And said unto them, It is written, My house shall be called the house of prayer; but ye have made it a den of thieves. And the blind and the lame came to him in the temple; and he healed them.

Now this is when the preacher threw the hook at us.

As close as we can discern from the Scriptures, our Lord Jesus was 33 years old when He was crucified.

The lame man had been lame since birth and the Acts 4:22 tells us that he was over 40 years old.

So the question arises, why didn’t Jesus heal this man???

Often we get down on our knees and pray to God for a healing, for a blessing, for deliverance, for relief, but alas, sometimes it seems that God is passing us by. And to make matters worse, it seems that those things or that thing that we pray for is instead granted to others who are right next to us.

Pass me not o gentle Saviour, hear my humble cry. While on others thou art calling, do not pass me by.

So what’s up with that? Why would God pass me by and give MY blessing to another writer???

You ain’t got to front, I’m sure we’ve all asked this question in some form or another.

Why would Jesus heal all these other people and not heal THIS lame man who had been there at the gate of the temple for YEARS???

The simple answer the minister gave was very uplifting.

You never know when God is preparing your testimony for a whole separate chapter..with your name in it!!!

You can’t be more paid than that.

Nah…let’s get back to this money. You know what you gotta do FIRST..right?

"But seek ye first the kingdom of God, and His righteousness; and all these things shall be added unto you." - Matthew 6:33 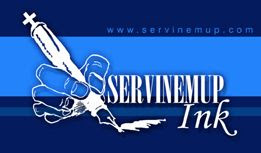